The next generation of downwind sailing

A downwind sail that won’t let you broach. A sailmaker that incorporates the latest aeronautical technology. A sail that can take you from a downwind run to 60° AWA. Revolutionary design that sets new standards in comfort, stability and performance.

New and improved for 2020, this next generation Parasailor has been updated and upgraded, allowing it to set new benchmarks for quality in downwind sailing. 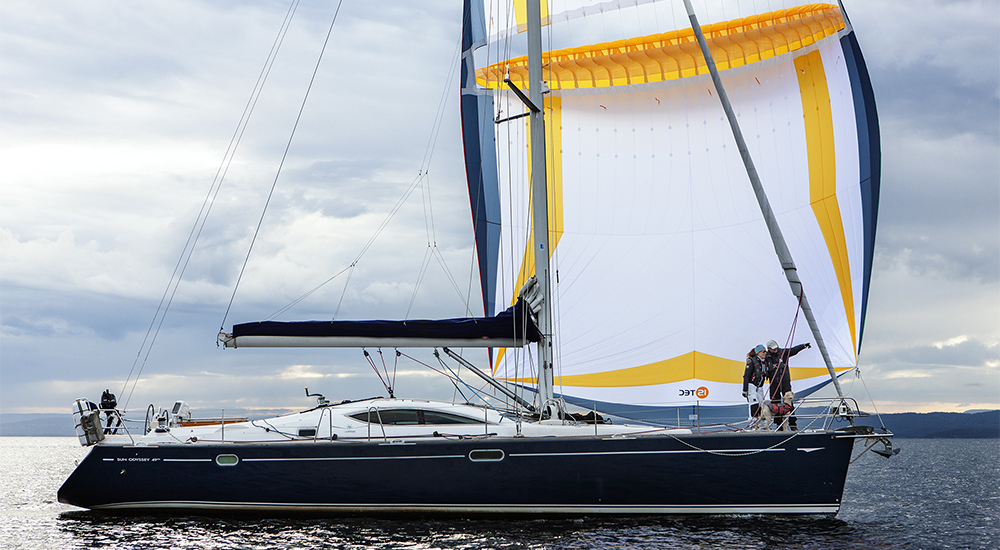 The Istec Parasailor is an innovative symmetrical spinnaker that has been designed specifically for sailing downwind. By integrating a unique paraglider-style wing and safety vents into a sail, the Parasailor has solved many of the drawbacks of using conventional spinnakers and downwind sailing.

When sailing downwind, boats can broach when they experience an overload of force within the sail, usually caused by a sudden gust or unexpected increase in the wind strength. Trapped in the sail, the excess force is then transferred through the rig and into the hull, which can cause a sudden, violent change of course, pitching or rolling or in severe cases damage to the sail, boat or even causing a capsize.

The risk of broaching is one of the leading reasons why sailing downwind had always been such a challenge and often avoided.

The Parasailor effectively eliminates the risk of broaching by incorporating safety valves, which spill any excess wind gusts harmlessly out to sea.

Sailing under normal conditions is not negatively affected by the vents, due to the way the wing uses the wind that flows through it.

The Parasailor’s most distinguishing feature is its aerofoil wing. It has two functions; firstly to give the sail (and boat) stability and secondly, to generate lift.

The wing is dual-skinned and contains dozens of small air pockets, which automatically inflate when the sail is filled by the wind. These inflating pockets make the wing semi-rigid and act like a soft batten across the sail, holding it open and giving it its shape.

This gives the Parasailor stability far in excess of any spinnaker or cruising chute. In fact it is so stable that you do not need a spinnaker pole to fly it. The wing is also fully automatic so doesn't require any intervention, or manual control from the crew.

Foresails have a tendency to push the bow lower in the water, because as they drive the boat forward it exerts a strong force higher than the boat’s centre of gravity. This causes your boat to pitch forward slightly and cause a number of issues, such as; reduced performance (as water resistance increases) and additional roll and pitch (as the boat is being pushed down into the waves, rather than being lifted and riding over them).

The Parasailor eradicates these problems.

As the sail is filled, air passes above and underneath the wing, which due to its shape, generates high and low pressure - much like the wing on an aircraft. This creates a lift which raises the bow in the water and opens up a number of very tangible advantages. Speed and performance noticeably increases, due to the bow having less resistance to overcome, and roll and pitch also dramatically decreases making for a far smoother, safer and more comfortable sail. This effect is particularly pronounced on catamarans. 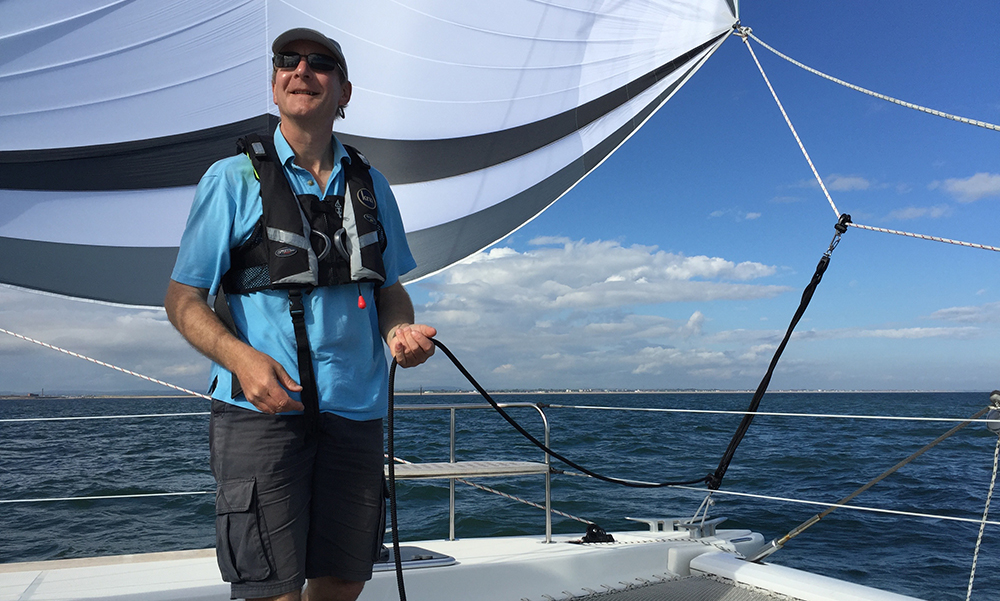 Because of its simplicity and stability, even inexperienced or short-handed crews can fly the Parasailor with ease and confidence. Launch and dowse the sail in a matter of moments using the exceptional EasySnuffer, which is provided as standard. Control of the Parasailor is then operated using normal sheets and guys, with no need for any additional deck furniture, such as a pole or a furler.

The wing is always trying to find the optimum sailing angle, so any trimming of the sheets is minimal. Indeed, the wing is so forgiving, that even if you come off the wind due to a course change or wind shift, the wing will help keep the sail open and give you an opportunity to correct your heading. Combined with the auto-pilot, the Parasailor is perfect for solo sailors and favoured by circumnavigators and adventurers, such as Jimmy Cornell.

The Parasailor is a symmetrical spinnaker, but it can be flown like an asymmetric too for greater flexibility. As a result it is possible to sail the Parasailor from a dead downwind run, to 60° AWA and beyond.

This allows you to make significant course changes without changing sails.

Gybing with the Parasailor is also far safer than with a spinnaker as there is no pole to worry about, only the sheets and guys (the Parasailor normally operates with a 2 or 4 line setup) which means everything can be done from the cockpit.

Should you push beyond the wind angle, the Parasailor will not collapse immediately as a spinnaker would. This is because the air pockets will still hold the sail open for a short period, allowing you to make a course correction and recover the wind.

Every part of the Parasailor has been made with the utmost care, using materials and production methods beyond any other sailmaker. Each sail is also bespoke and made to the specifications of each individual customer.

The sail, as well as the wing is made from aeronautical-grade fabric. This is not only extremely strong, but also very light (0.75oz per sq. foot) with exceptional resistance to UV damage. Each Parasailor is also constructed with the same care and attention to detail that goes into making paragliders and parachutes.

The edges of the Parasailor, as well as the edges of the EasySnuffer and the sail bag (both included as standard) are colour-coded, for easy reference when launching and dousing.

Further information on the EasySnuffer can be found here. 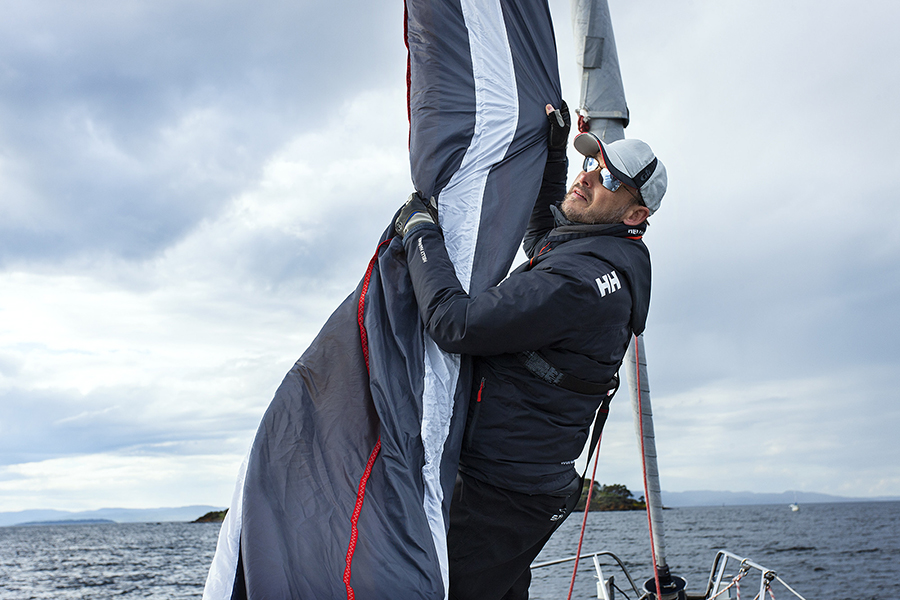 We want everyone to get the most out of their Parasailor. That's why we offer a day of training on your own boat free of charge*.

After taking delivery of your sail, a member of our expert team can meet you on your boat and take you through all the essentials of using a Parasailor. This includes initial set-up, how to launch and dowse the sail, gybing, trimming and other common procedures. If you wish we can take the boat out and cover any specific requests you may have, depending on your sailing ambitions, such as coastal or blue water sailing, or even circumnavigation.

We also regularly provide additional support in Las Palmas for Parasailor users who sail on the ARC or ARC+ events.

*Training is always included free of charge. Any associated travel and accommodation costs may be charged for customers based outside of the mainland UK. Contact us for more information.

The Parasailor is available as standard in a range of colours and designs, as shown below.

However if you are interested in a bespoke design, or would like to include a logo on your Parasailor then please contact us directly and we will do our best to accommodate your request. 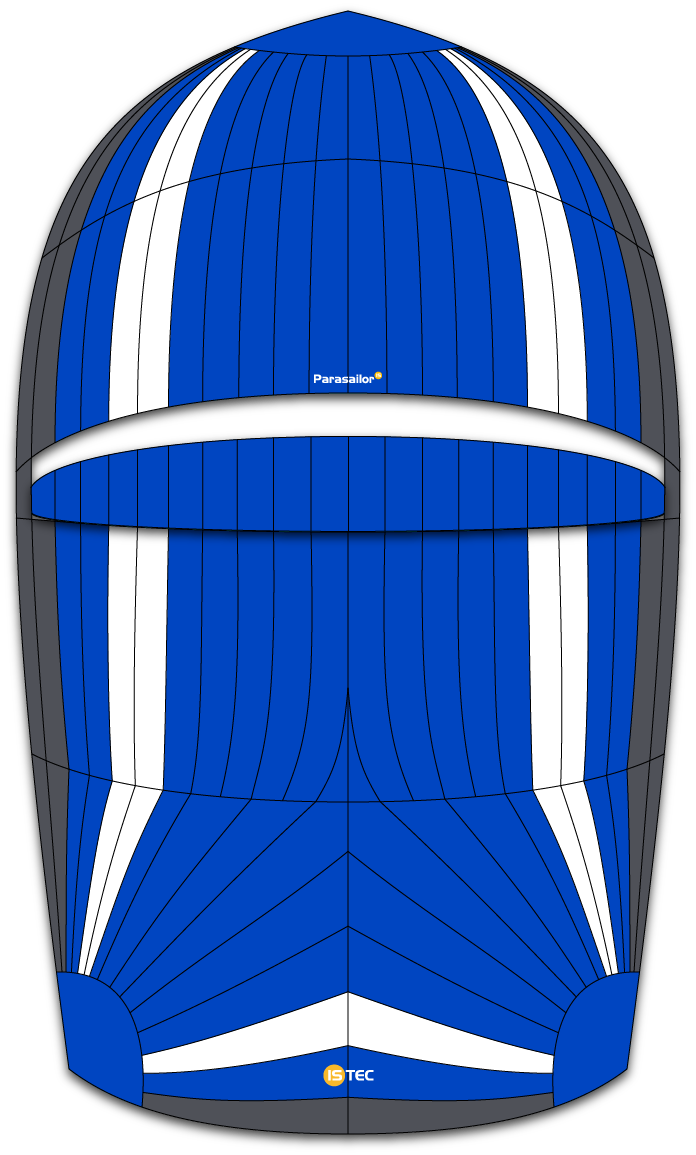 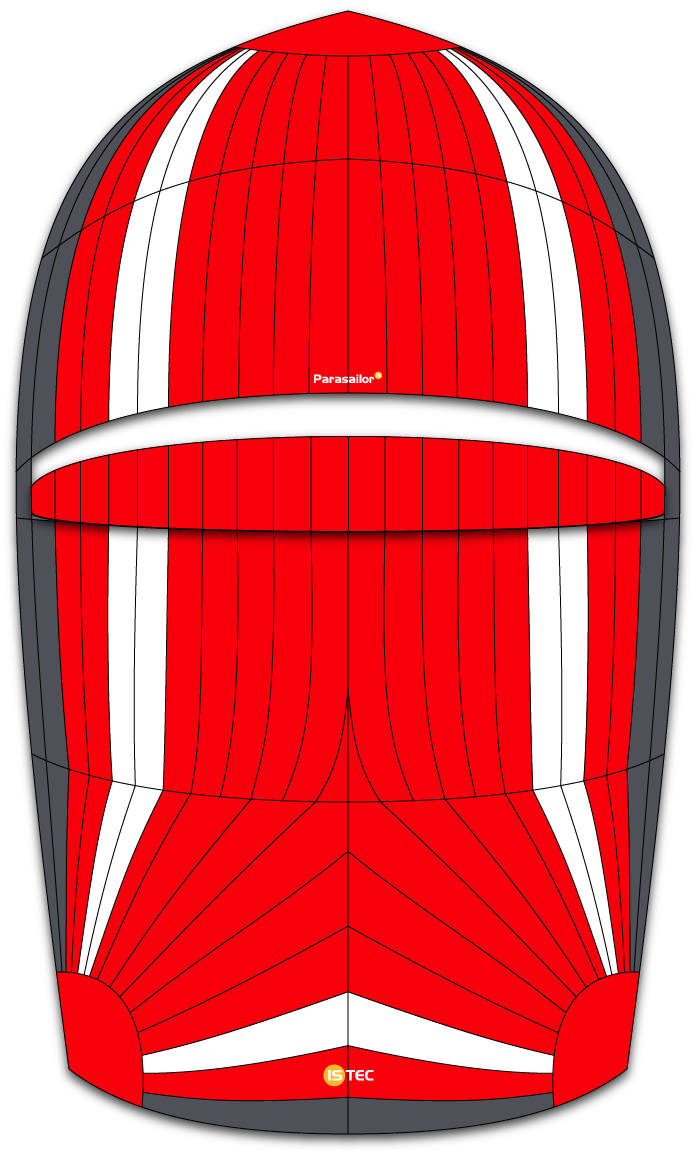 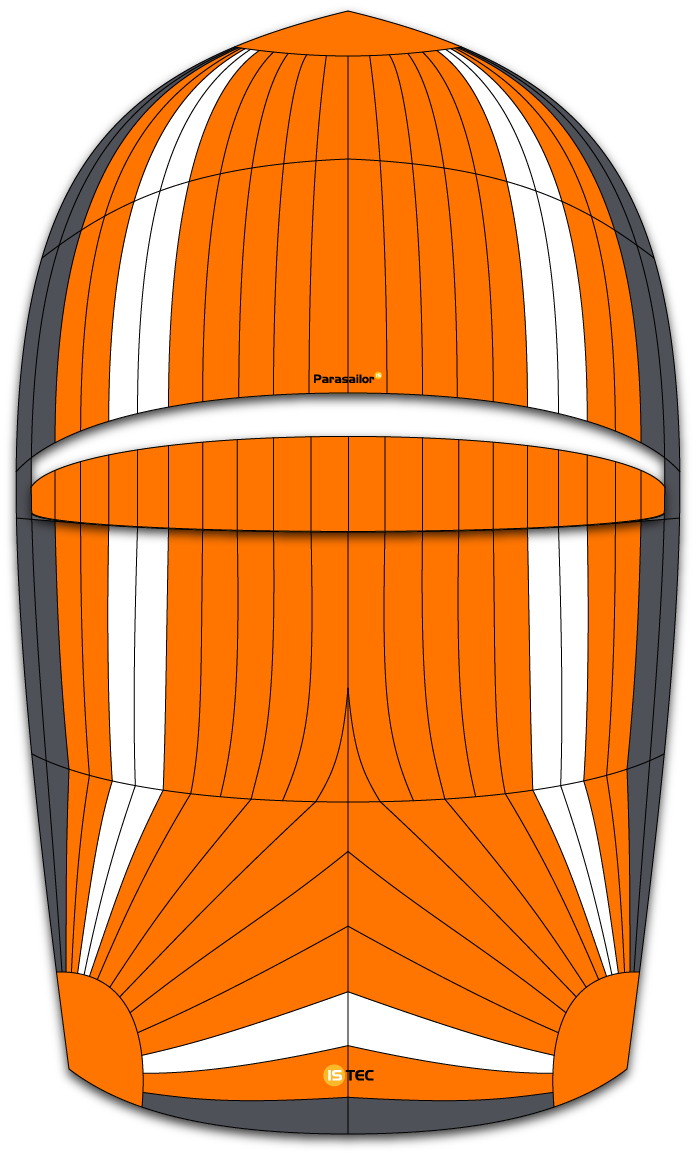 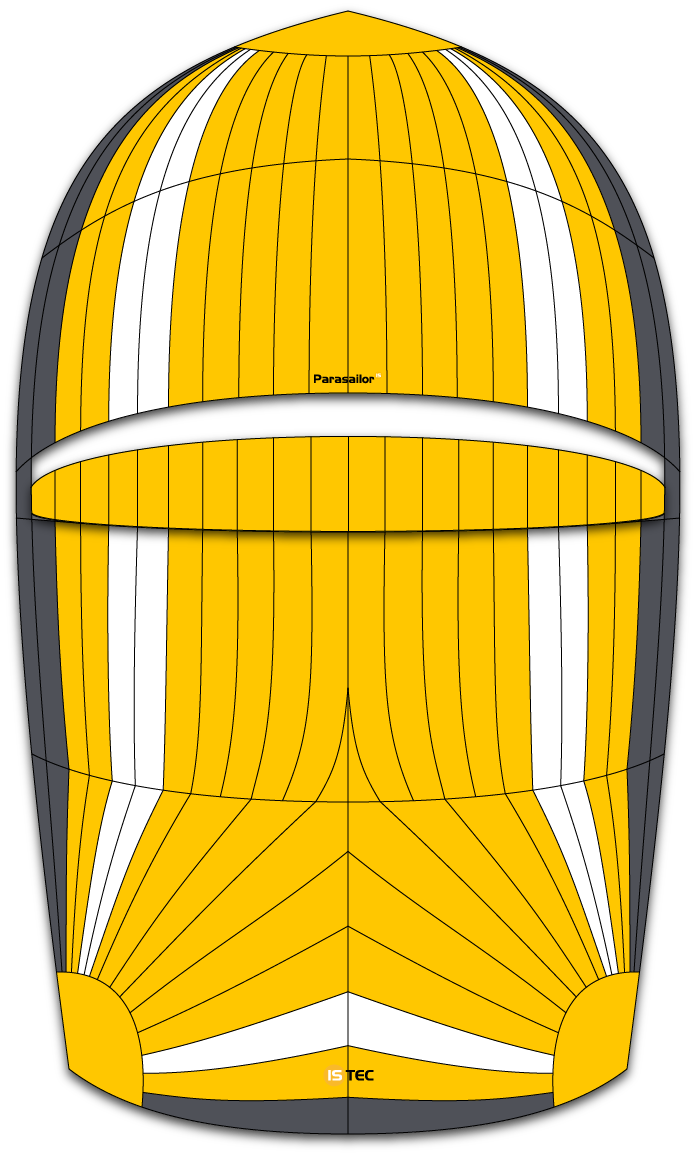 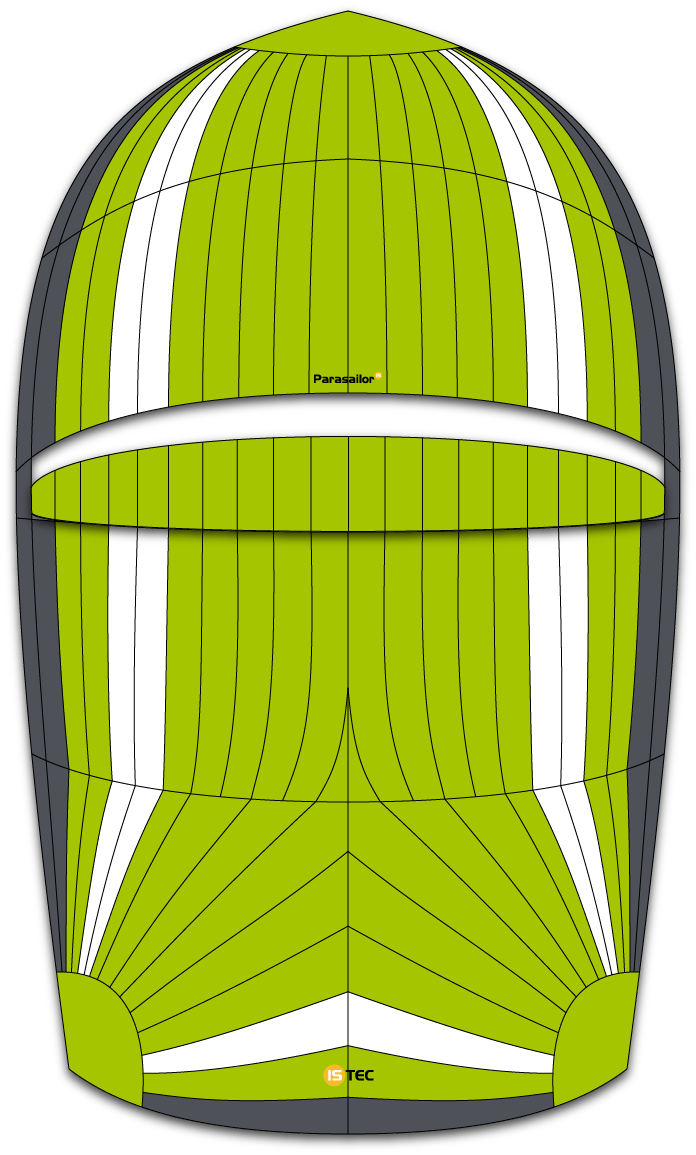 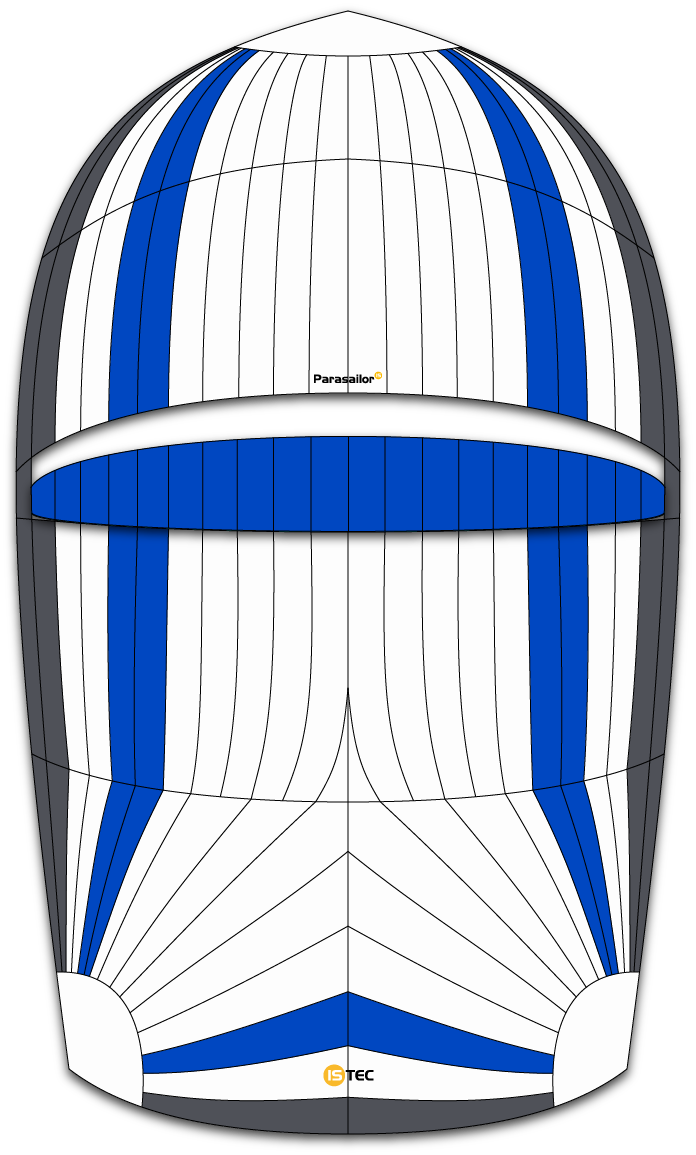 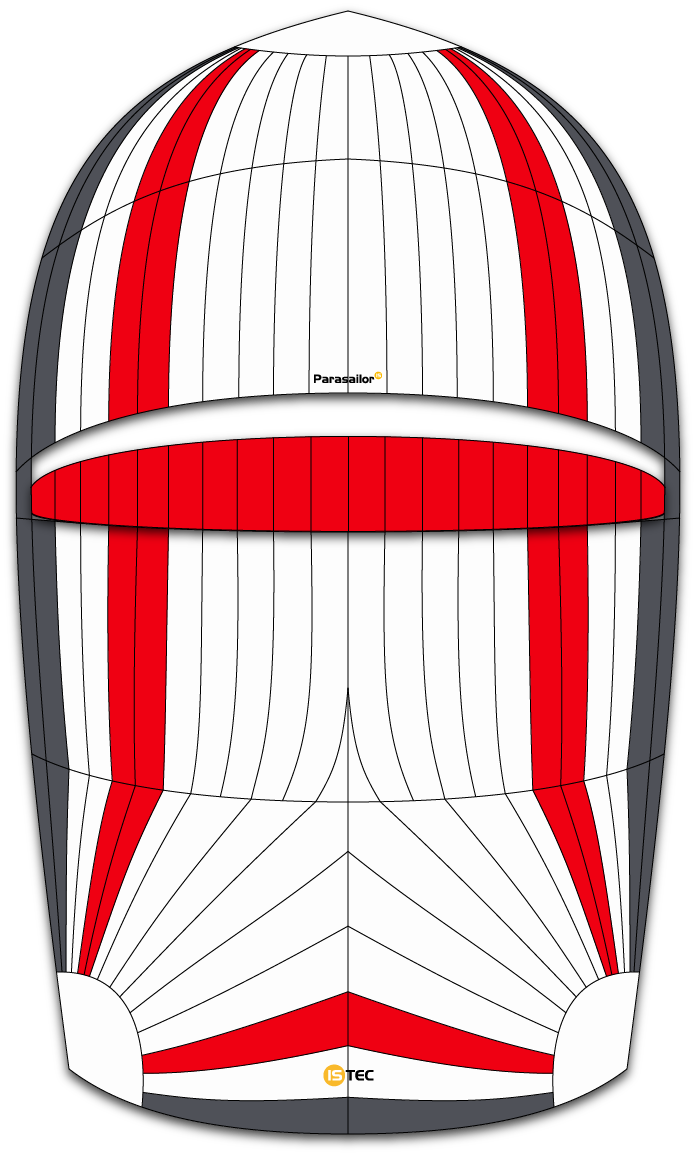 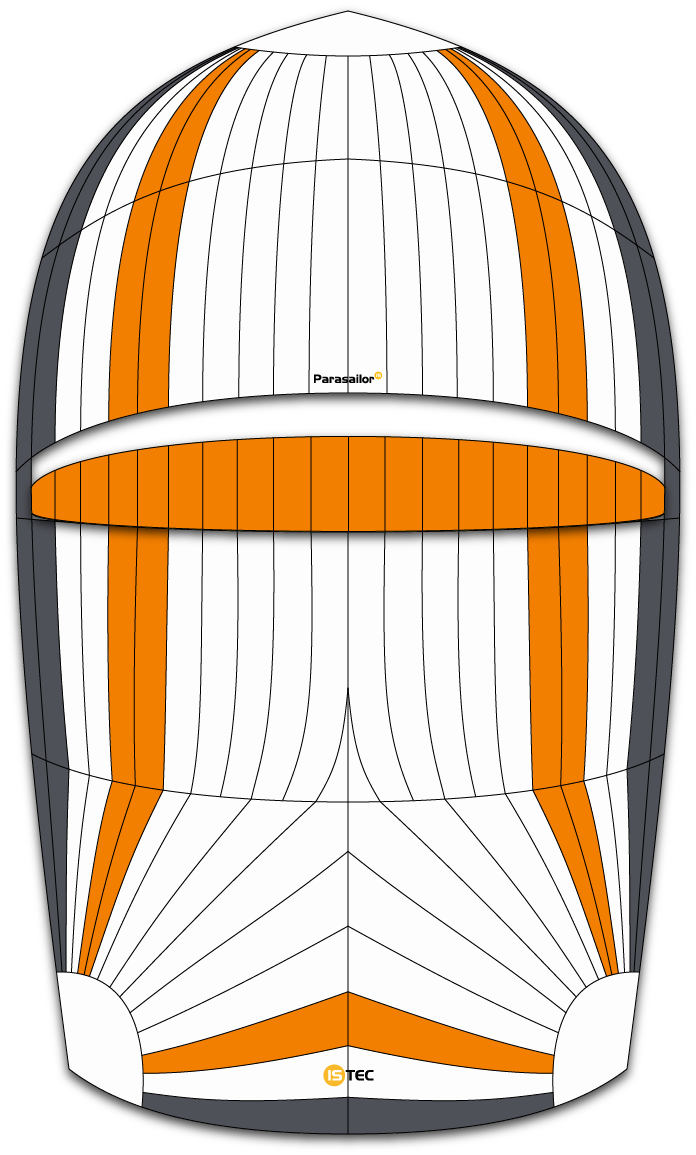 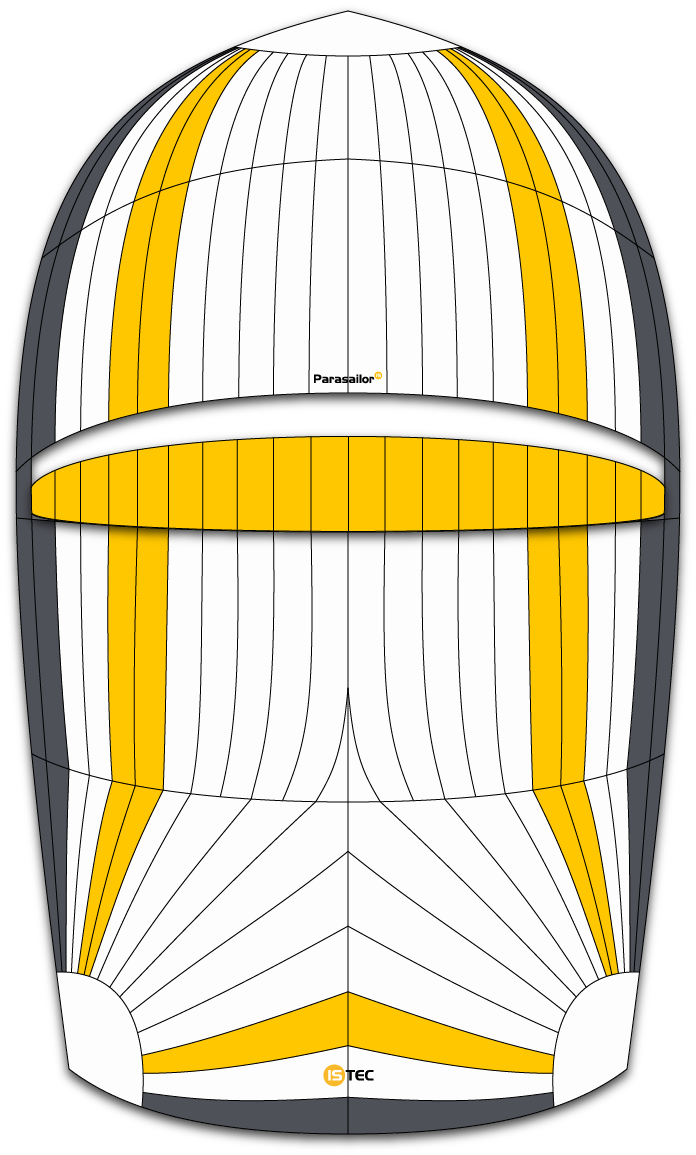 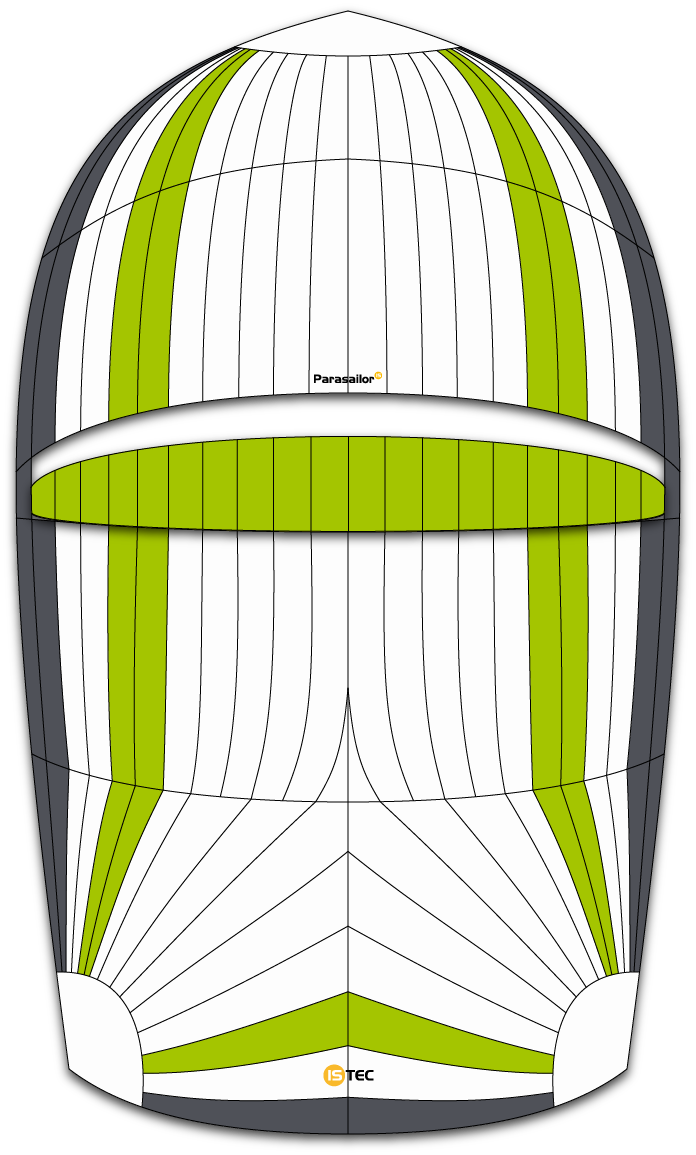 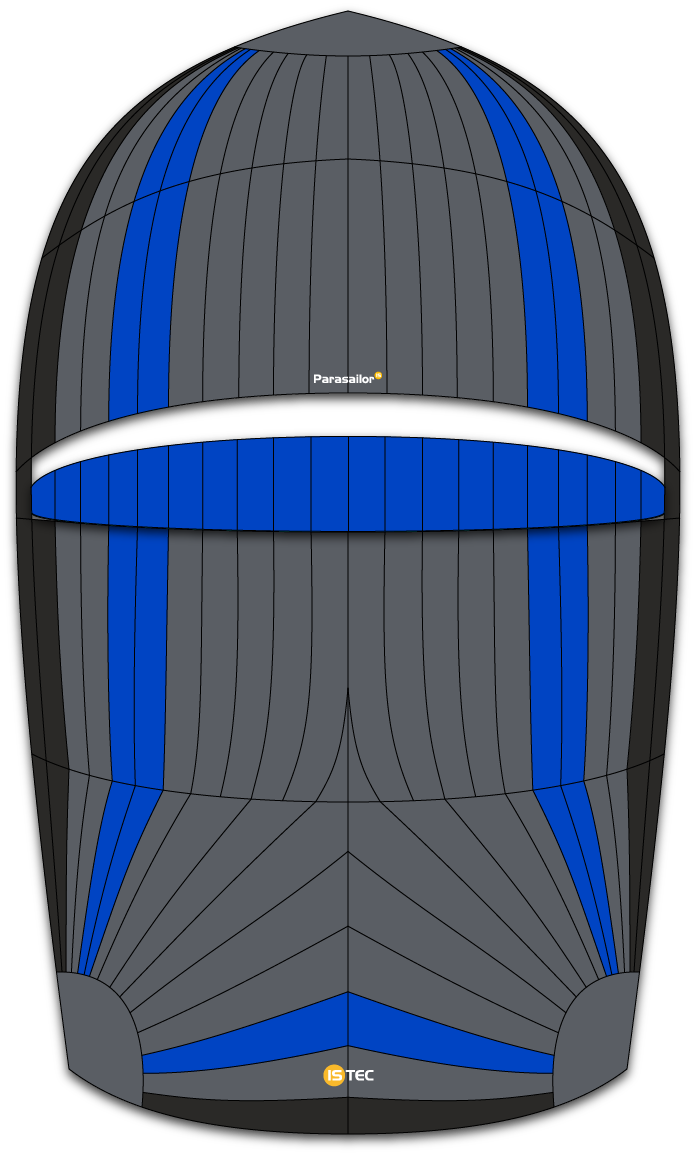 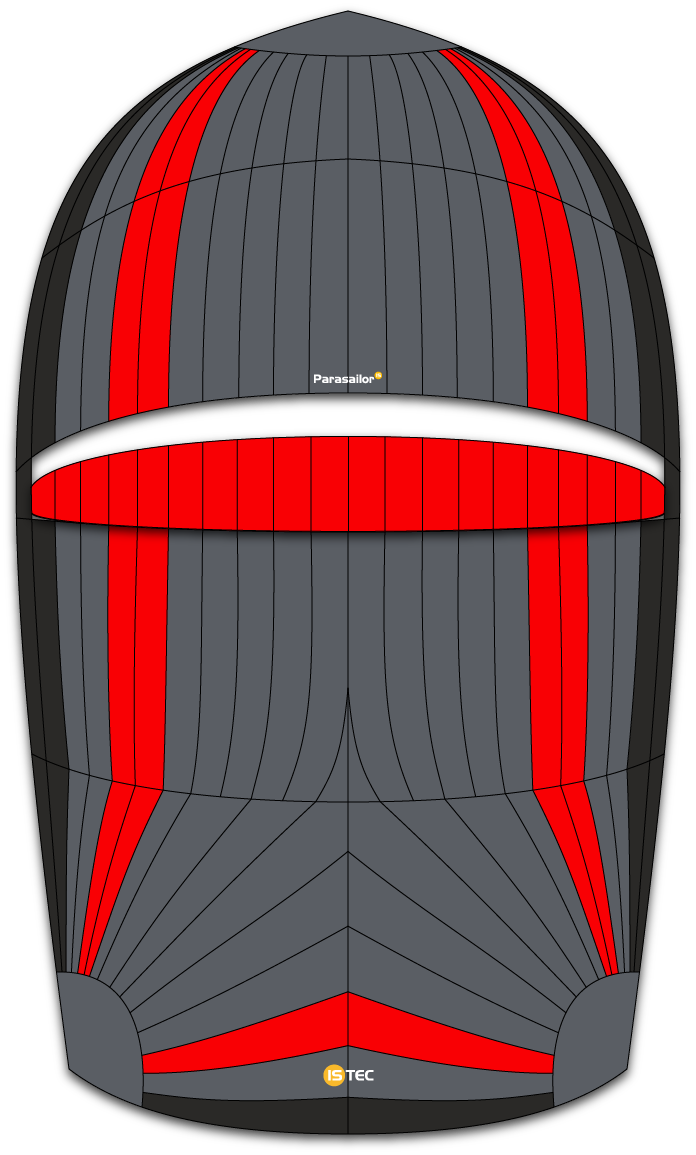 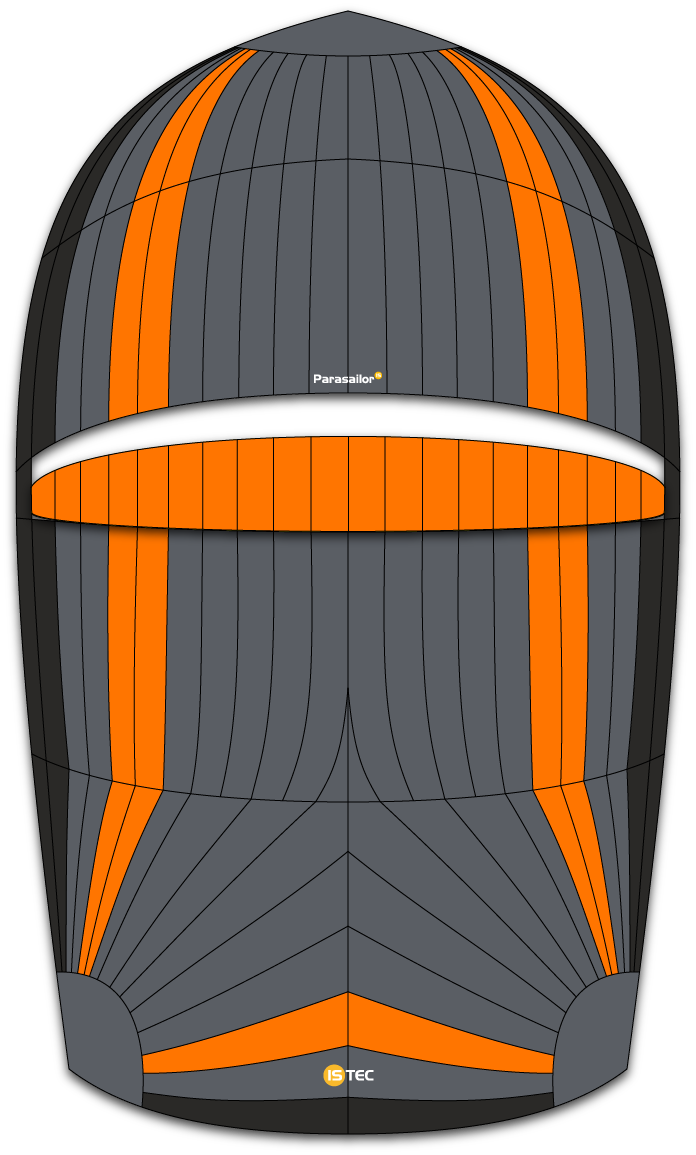 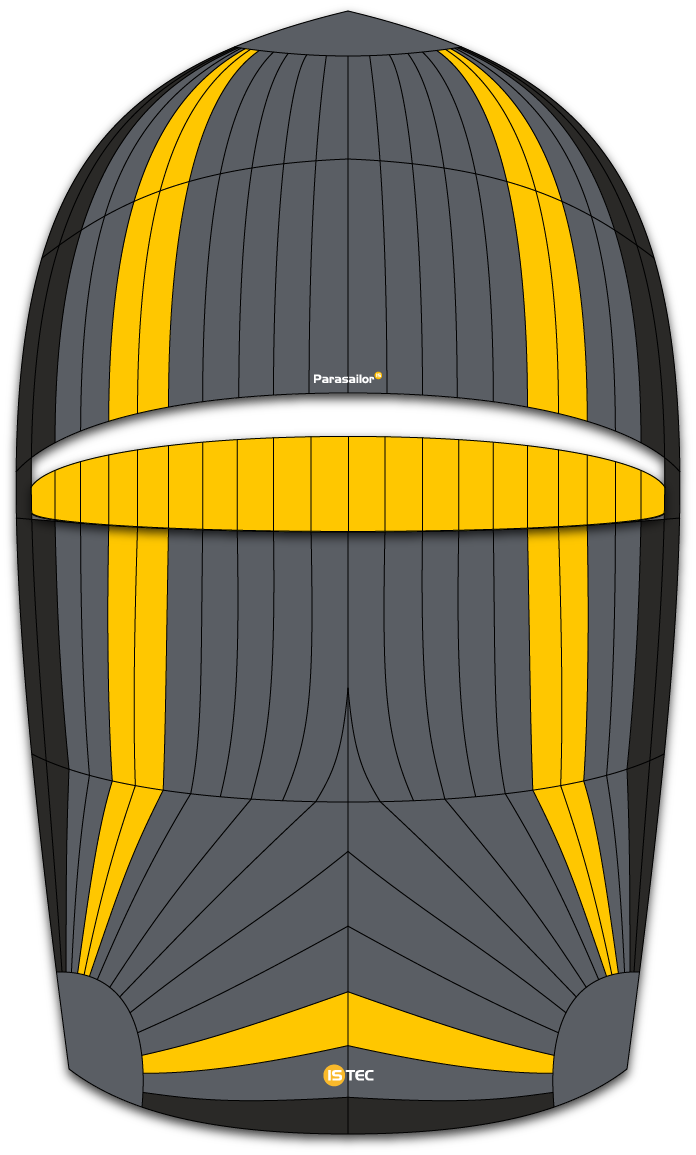 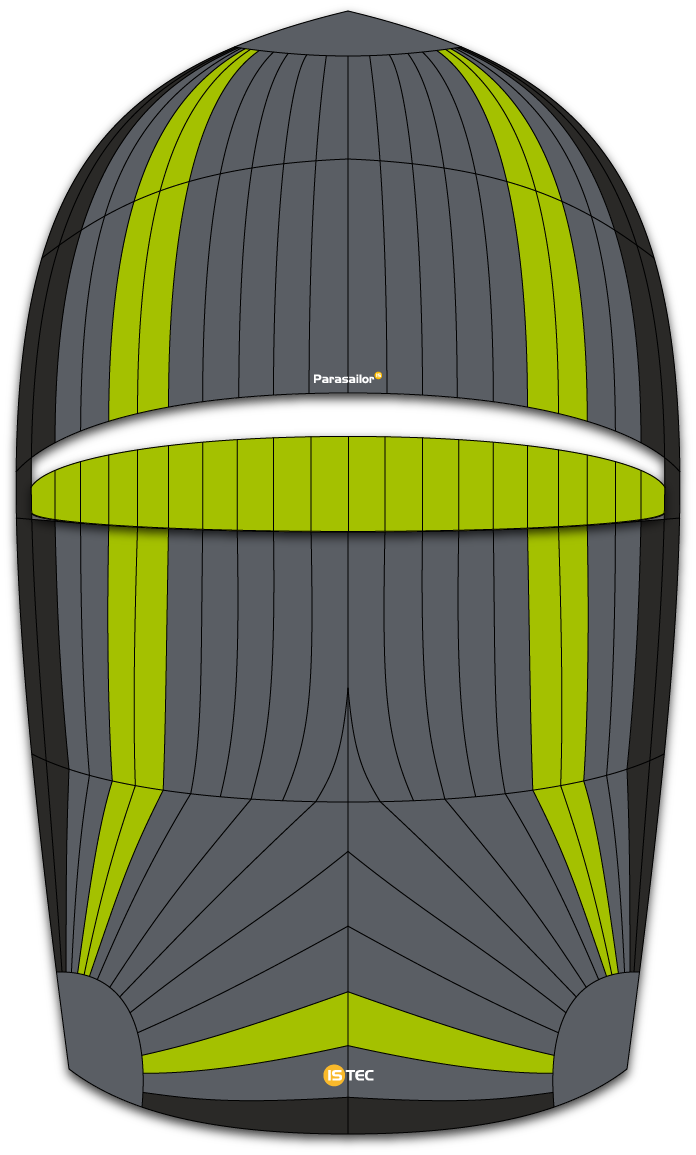 Parasailor or Parasail.
Which is the right sail for you?

Instead, it is the cut of the sail which provides the lift and stability instead. As a consequence the stability and lift of the sail is reduced somewhat, but because it is lighter, the sail is easier to use and will sail better in very light winds.

Which sail represents the best value for you depends entirely on your boat size and sailing ambitions, and we will do our best to help you decide which of these excellent sails suits you best.